Based from the 2020 census of population, Pangasinan registered a total population of 3,163,190 and ranks sixth in the country. Compared to 2015 Census, Pangasinan was surpassed by Rizal and Cebu this 2020 Census. Among the four (4) cities and forty-four (44) municipalities of Pangasinan, San Carlos City had the largest population with 205,424 persons. This is followed by Dagupan City with 174,302, the City of Urdaneta with 144,577, and the municipalities of Malasiqui with 143,094 and Bayambang with 129,011 number of persons. These two municipalities surpassed the hundred thousand mark in population count higher than the population of Alaminos City of 99,397. On the other hand, the municipality of Sto. Tomas with population of 14,878 persons is the least populated area in 2020 census. 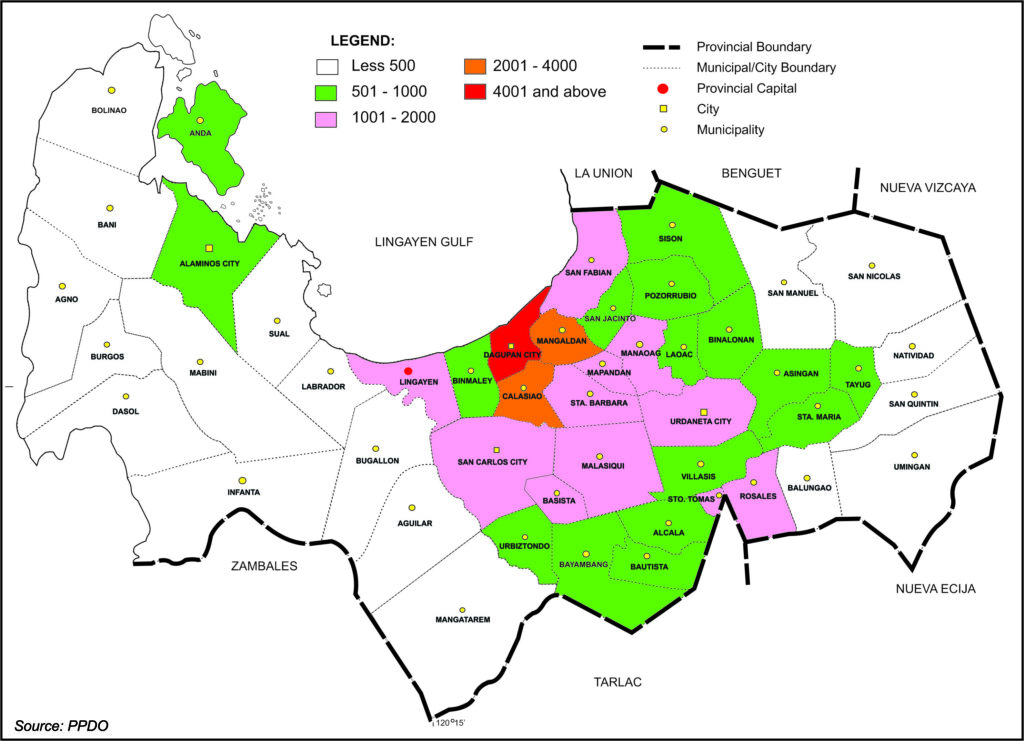 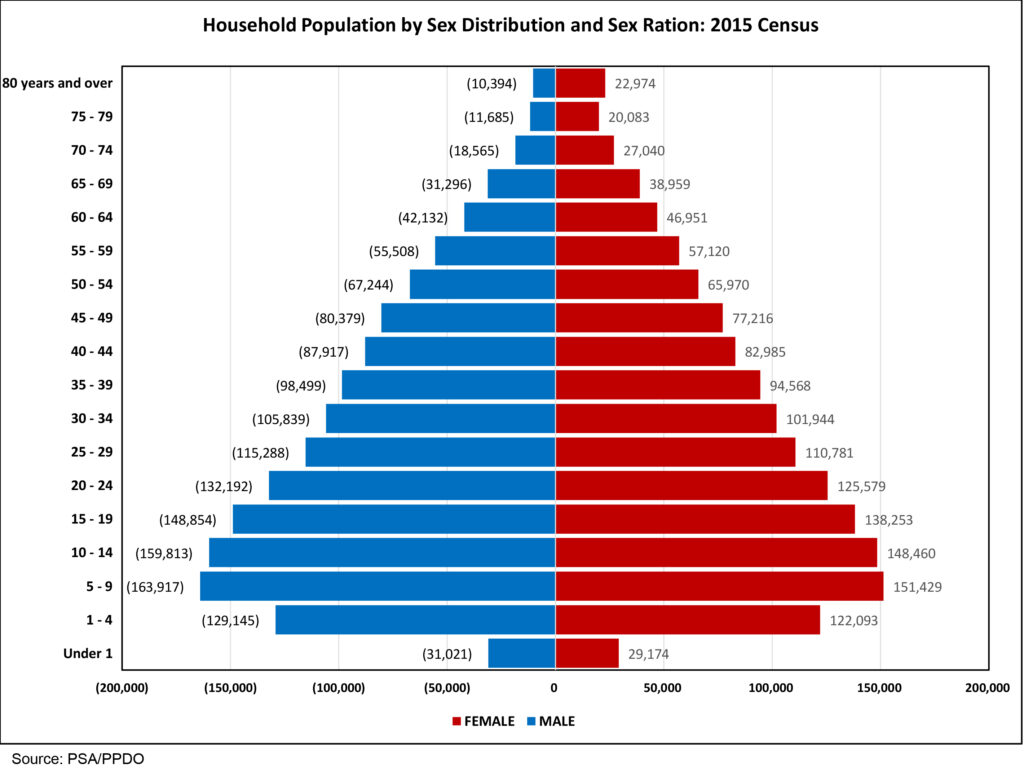 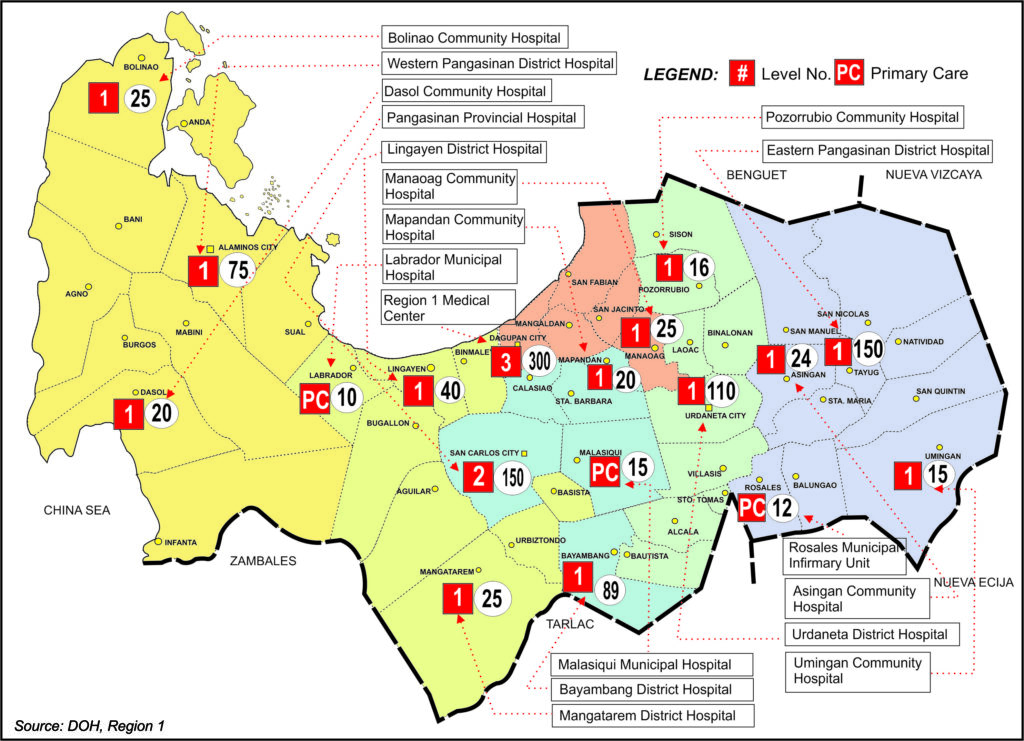 As per DOH data, there were 77 birthing homes established in the province. These healthcare facilities were lodged in private hospitals and Rural Health Units.

Pangasinan had sufficient public school teachers as evidenced by the teacher-pupil ratio of 1:27 for elementary and 1:24 for secondary level as against the planning standard of 1:45 for SY 2020-2021. On the other hand, the classroom-student ratio is 1:29 and 1:38 for elementary and secondary respectively. With the pandemic, modular and online classes or a combination of both are utilized in all schools.

Based from the Commission on Higher Education’s (CHED) report, there are 60 tertiary schools providing various courses of higher education in the province. A total of 91,106 students were enrolled for SY 2020-2021. Showing slight increase of 0.46% compared to its previous figure of 90,685. With the pandemic, transferees may have caused the slight increase of enrollees in college and universities in the province.

Meanwhile, data from TESDA provincial office recorded a total of 84 technical-vocational schools with a total enrolment of 11,435 (SY 2018-2019) showing a decrease of 305 or 3% compared to SY 2017 – 2018. The decrease may be attributed to the presence of Senior High School wherein one of its tracks is Technical-Vocational and Livelihood.

As per the Philippine Statistics Authority (PSA) survey, poverty incidence among families in Pangasinan continue to decrease from 16.9% in 2015 Annual Poverty Incidence and further reduced to 9.3% in 2018. The annual per capita poverty threshold of the province increased from P22,799 (CY 2015) to P27,828 (CY 2018).

The total number of PNP Officers and Police Non-Commission Officers serving the province totaled to 2,982 personnel. From this number, 2,770 are non-officers (including the non-uniform personnel) and 130 are officers.