The projected population of the province for the year 2021 is estimated at 3,200,771 which was computed using the Geometric Method given by PSA and the 2020 Census as the base year. 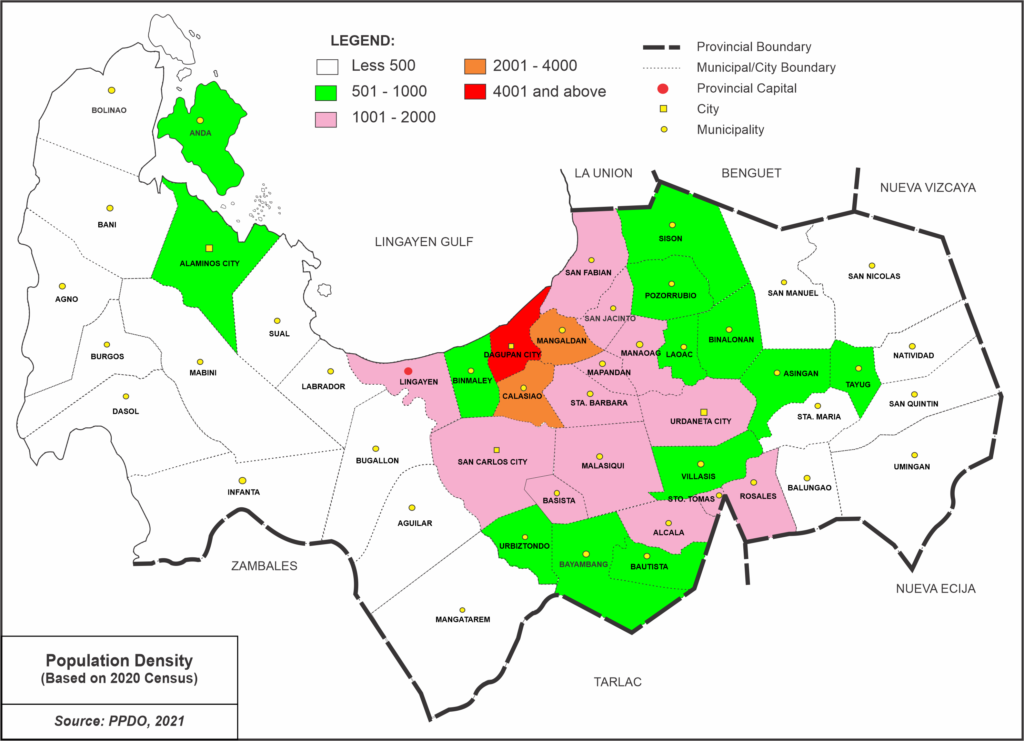 In terms of sex distribution, there were more males than females in the province with a sex ratio of 102. These means that there were 102 males for every 100 female. 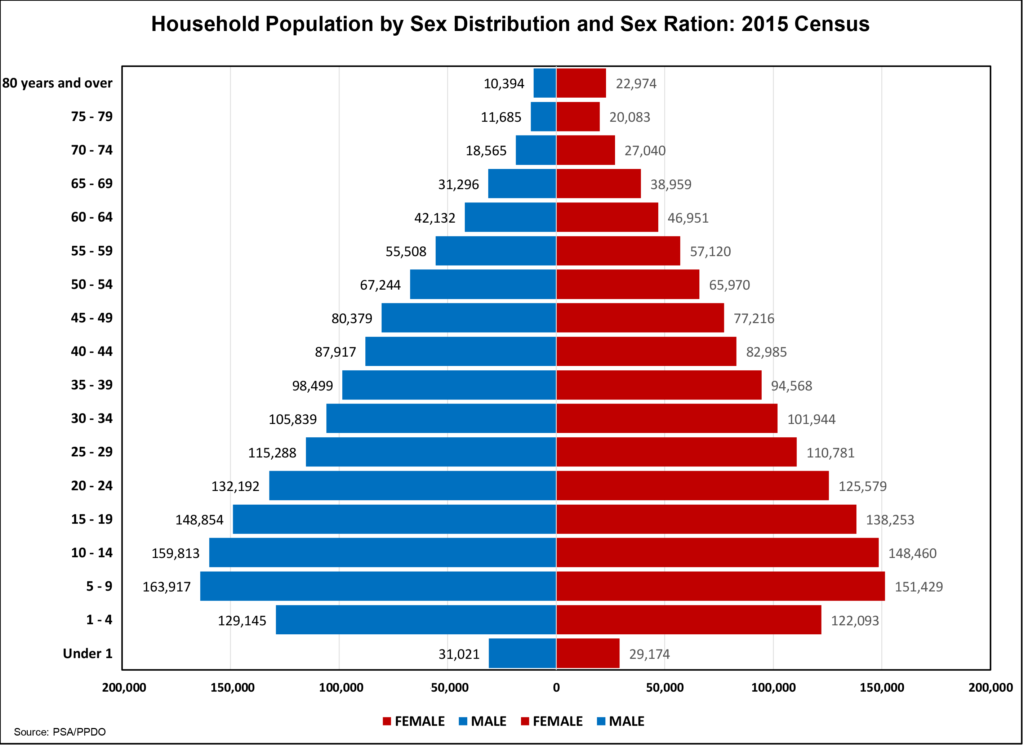 Based on the 2015 Census, the province has 574 urban barangays with a population of 1,458,402 and 790 rural barangays with a population of 1,321,460. A barangay is considered urban when its population size is more than 5,000; or with at least have one establishment with a minimum of 100 employees; or with five or more establishments with 10 to 99 employees and five or more facilities within the two-kilometer radius from the barangay hall. 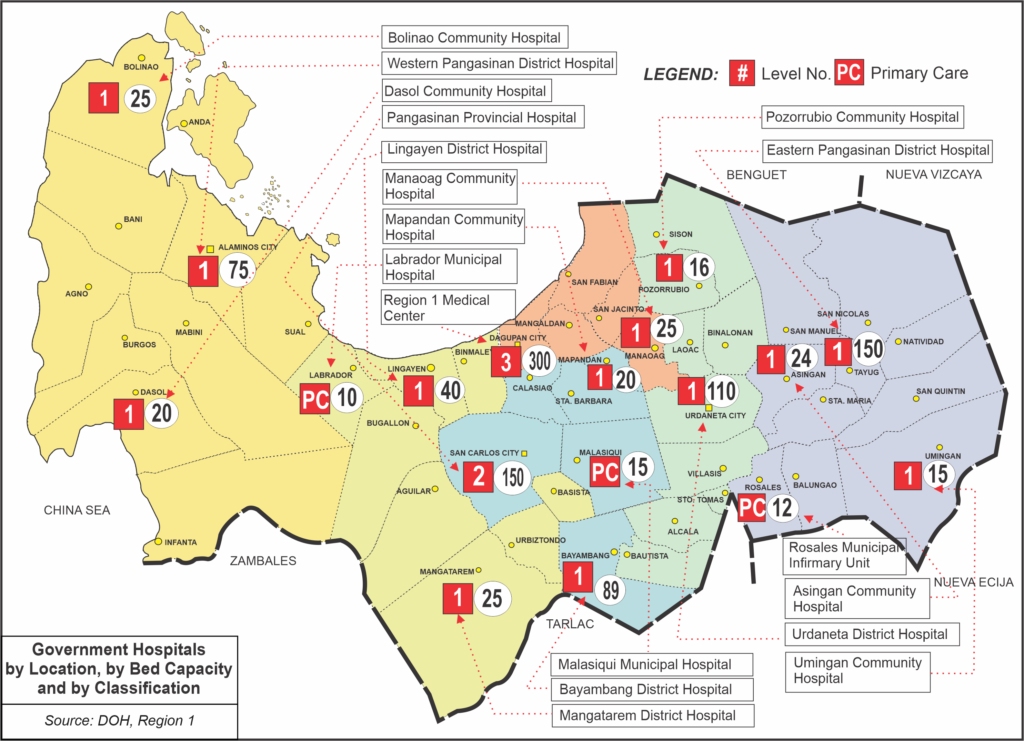 As per DOH data, there were 75 birthing homes established in the province. These healthcare facilities were lodged in private hospitals and Rural Health Units. From these birthing homes, Alaminos City Birthing Facility has the most number of beds.

From the different health services catered by different government hospitals, there were 90 doctors, 593 nurses, 62 dentists, 583 midwives, 19 nutritionist/dieticians and 75 medical technologists providing health care and medical treatment to various patients. This year all health personnel have increased in number.

Based on PSWDO data, the province has served a total of 53,478 clients on the following services: day care services; assistance to individual in crisis situation, and emergency shelter assistance.

Pangasinan had sufficient number of public school teachers as evidenced by the teacher-pupil ratio of 1:27 for elementary and 1:26 for secondary level as against the planning standard of 1:45 for SY 2021-2022. With the pandemic, modular, online and blended classes are utilized in all schools.

There are 654,240 (2015 Census) occupied housing units in the province. Of this number, 85% are made of concrete walls with galvanized iron roofing materials.

Based from the report submitted by the Provincial Health Office in 2021, 677,156 or 98.04% of the total households have access to potable water sources while 1.96% or 13,264 households still use unsafe water sources.

This year’s employment rate of the province is 92.09%, while the unemployment rate and underemployment rate is 7.91% and 17.81% respectively. Meanwhile, the labor force participation rate of Pangasinan is 62.17%, which comprises the total employed and unemployed population.

Based from the DOLE – RO1, the daily minimum wage rate for agriculture and non-agriculture industries/sectors ranges from P282.00 to P340.00 as per Wage Order No. RB 1-20, which took effect on April 30, 2019 until further update by DOLE.

As per Philippine Statistics Authority (PSA) survey, poverty incidence among families in Pangasinan had increased from 9.3% in 2018 Annual Poverty Incidence to 13.9% in 2021. The annual per capita poverty threshold of the province increased from P27,828 (CY 2018) to P31,240 (CY 2021) such increase in poverty incidence is due to the emergence of Covid-19 pandemic. Said survey is conducted every after 3 years.

The total number of PNP Officers and Police Non-Commission Officers serving the province totaled to 3,160 personnel. From this number, 2,959 are non-officers (including the non-uniform personnel) and 201 are officers. The officers include the positions of Police Colonel (formerly Police Senior Superintendent) to Police Lieutenant (formerly Inspectors). The PNP implemented the new rank classification (R.A. No. 11200) signed by President Duterte last March 25, 2019.